Memorial Day is here and it is hard to believe 2019 is almost half way over.  Most Americans celebrate the day remembering those who gave their lives for our country's freedom, and by having the first cookout of summer time.  Except here in Florida it seems like it is summer all the time.

Here are a few summertime recipes we have shared on the blog over the years.

The first is a Beet/Black Bean Burger from Rich Roll and Julie Piatt's  The Plantpower Way cookbook. 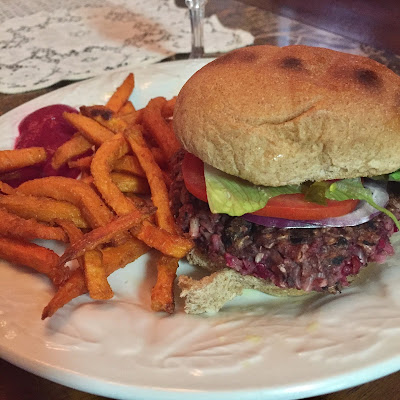 These always go great with Sweet Potato Fries or

Kale and Chickpea Mash:
Saute several diced garlic cloves over medium heat in a small amount of olive oil or coconut oil.  Add approximately 1/4 of a diced onion and cook until soft.
Add 3-4 cups of chopped kale and 1/4 cup of Bragg's Liquid Amino Acids
(1/2 the amount of sodium of soy sauce) or Coconut Amino Acids (1/2 the amount of sodium
of Bragg's).  Cover and let kale begin to wilt.  Add one-15oz. can of drained and rinsed
chickpeas.  Make sure you rinse them a few times to get rid of excess salt etc.
By now the kale has wilted.  Mash about half the chickpeas while they are in the pan cooking, then sprinkle with Nutritional Yeast for a great 'cheesy' flavor.

This whole process should only take 10-15 minutes.

Watermelon Steak
You can have this as a salad or dessert. 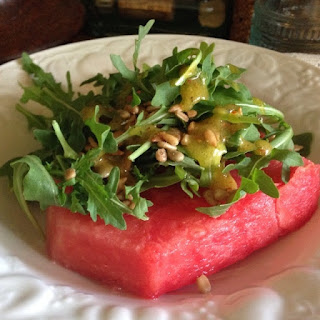 We make a quick dressing with "Simply Organic" garlic vinaigrette.
You should be able to get this at any supermarket or health food store. 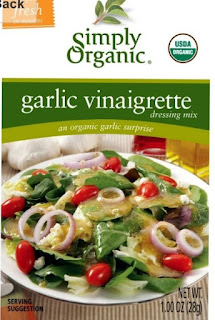 It is important you use arugula because of its slightly bitter, peppery taste. Combined with
the sweet watermelon, it makes for a delicious blended flavor.
Here's a link to benefits of arugula: Food Facts.
Also some interesting facts about watermelon: Food Facts

Slice a chilled watermelon into 1-1/2" to 2" thick slices.
Cut into "steak-like" shapes.
Top with a hand full of Arugula, sunflower seeds or pine nuts.
Drizzle with a small amount of dressing.

For a quick dessert try:

Blend all together in blender,
Transfer to airtight container and freeze for 2-3 hours.
You can add some rum if desired!

Have a great week.
Be kind.
Judd
Posted by Judd at 2:03 PM No comments:

For the past few weekends we have been traveling, so there was no post this past Sunday.
We had a wonderful time in London and Amsterdam.  The two cities were quite different, but we thoroughly enjoyed both.  We had hoped for good weather and we definitely got it, mostly sunny skies and upper 50' temperatures.  Perfect weather for walking, running in London's Hyde Park, and of course biking in Amsterdam's Vondel Park.  According to Captain Jack and Kim at Flagship Canal Cruises, there are over 800,000 people in Amsterdam and 1.3 million bikes!  300,000 bikes end up in the canals every year.  If you ever are in Amsterdam, definitely go on the canal cruise with them. 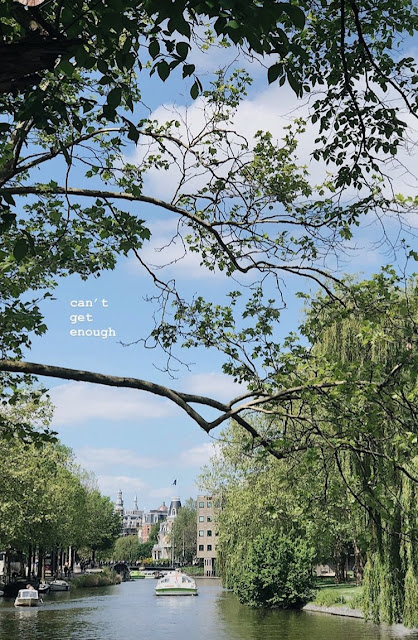 While in Amsterdam we had a few local foods we wanted to try: 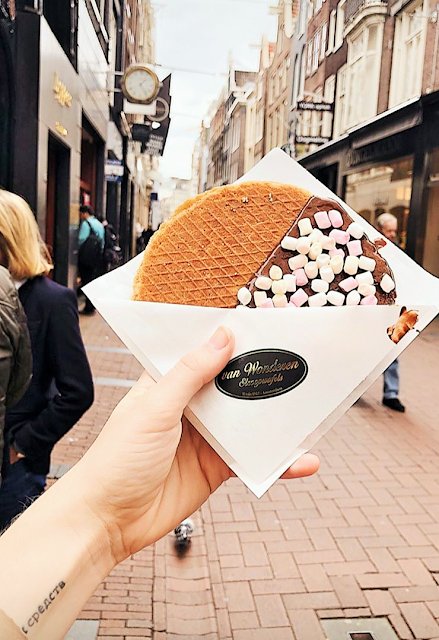 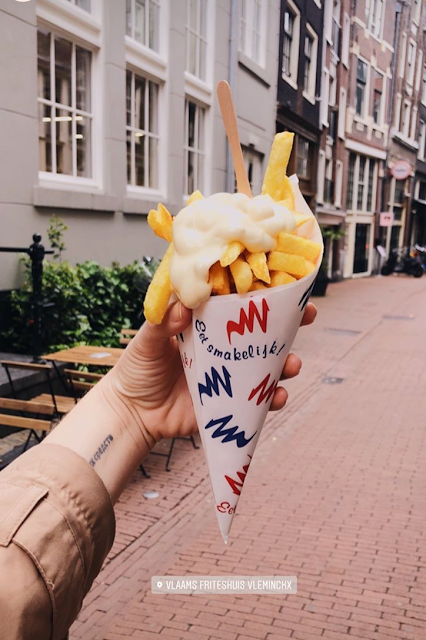 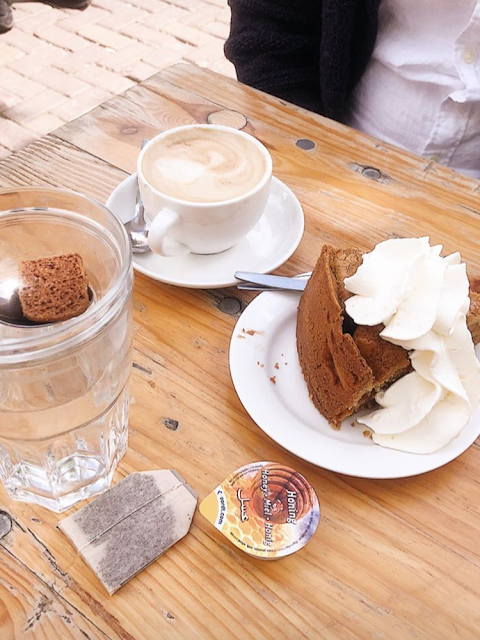 Almost every restaurant has plant-based options, and many only serve vegan meals.
Such as: 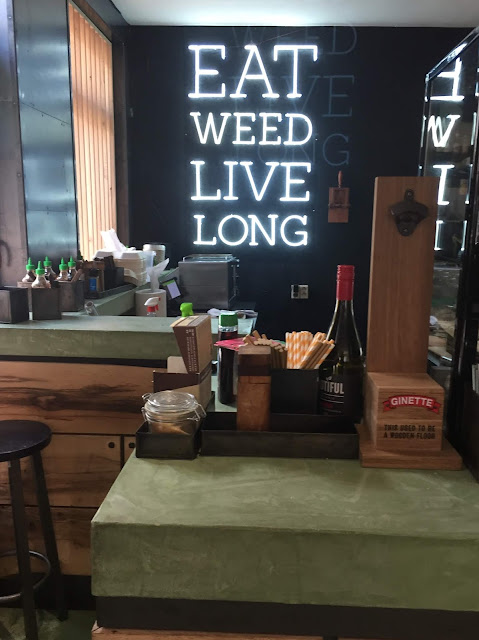 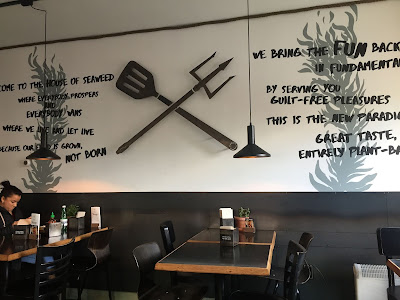 I was inspired and in awe of the environmental importance with public transportation, rail and subways (London) and organic food choices in both Amsterdam and London.  Most vehicles were either electric, hybrids or diesel powered.  Our taxi from Schipol International Airport in Amsterdam was a Tesla! I did not see one full-sized pickup truck or SUV.   Even UPS trucks were electric.  Gasoline was almost $7 per gallon.

While Amsterdam was busy, it was very laid back and everything just moved in harmony.
London, on the other hand was very proper and very clean.
Very Royal, very polite, great customer service was its priority. 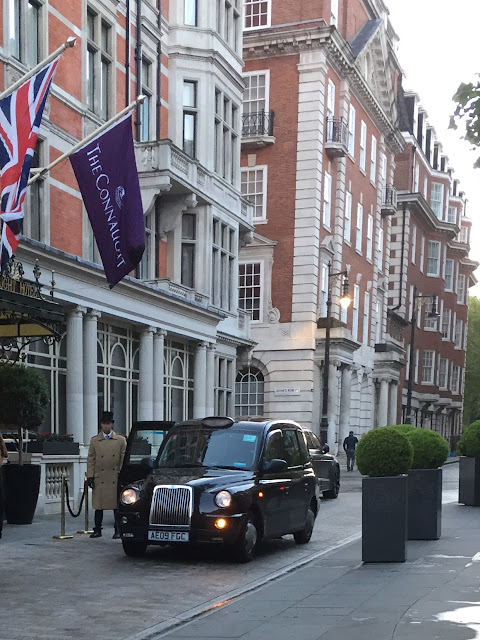 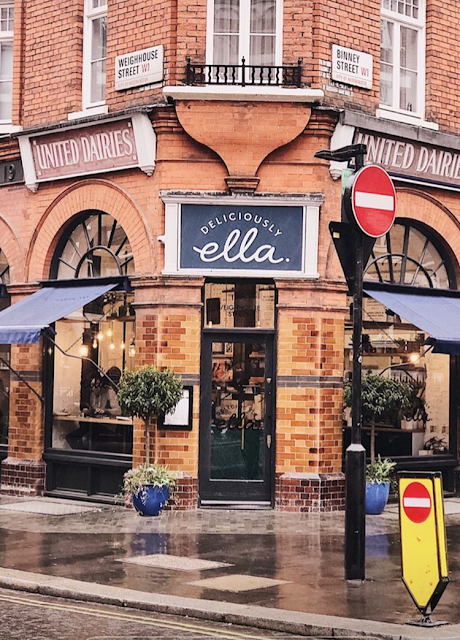 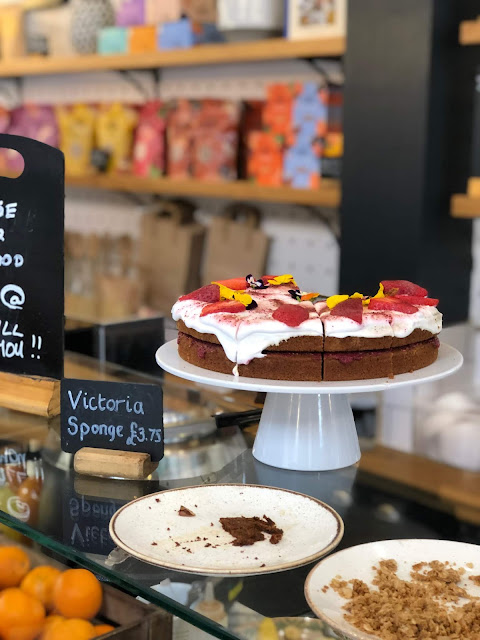 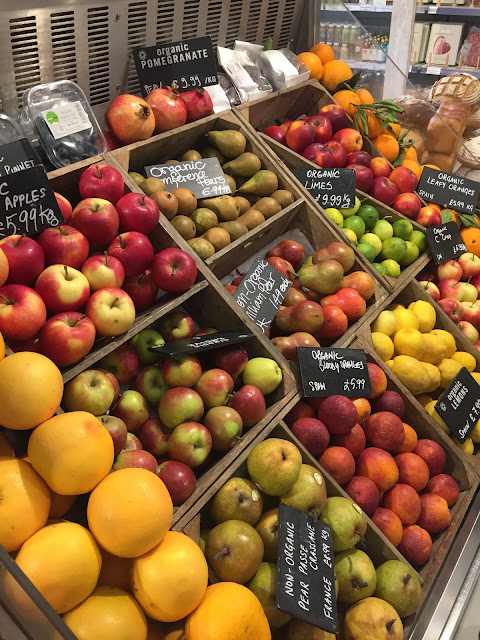 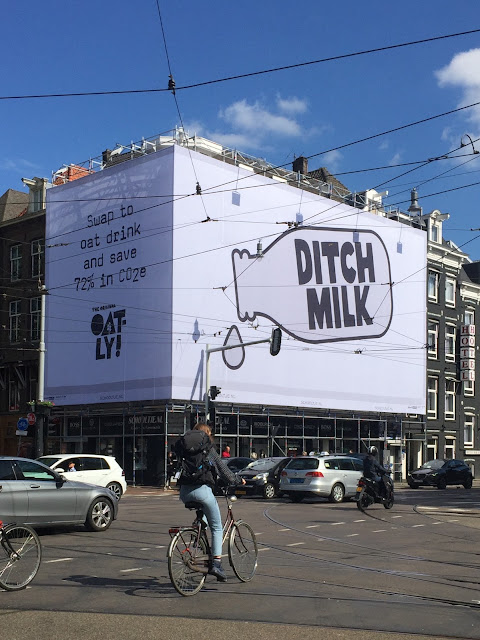 Overall, it was a wonderful trip, spending time with the family,
and we are looking forward to returning another time.

Have a great week.
Be kind.
Judd

Posted by Kristen and Judd Lee at 1:20 PM No comments: 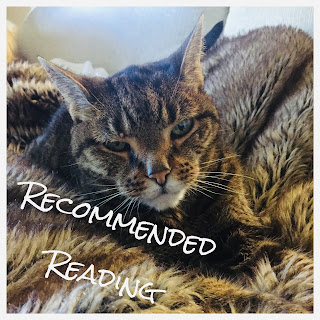 I hope you enjoy these blog posts as much as I like doing them.  At this time, we are enjoying our time in London, England and later in the week we will be in Amsterdam.  We have been looking forward to this trip for a long time.

Have a great week.
Be kind.
Judd

Posted by Kristen and Judd Lee at 2:00 PM No comments: